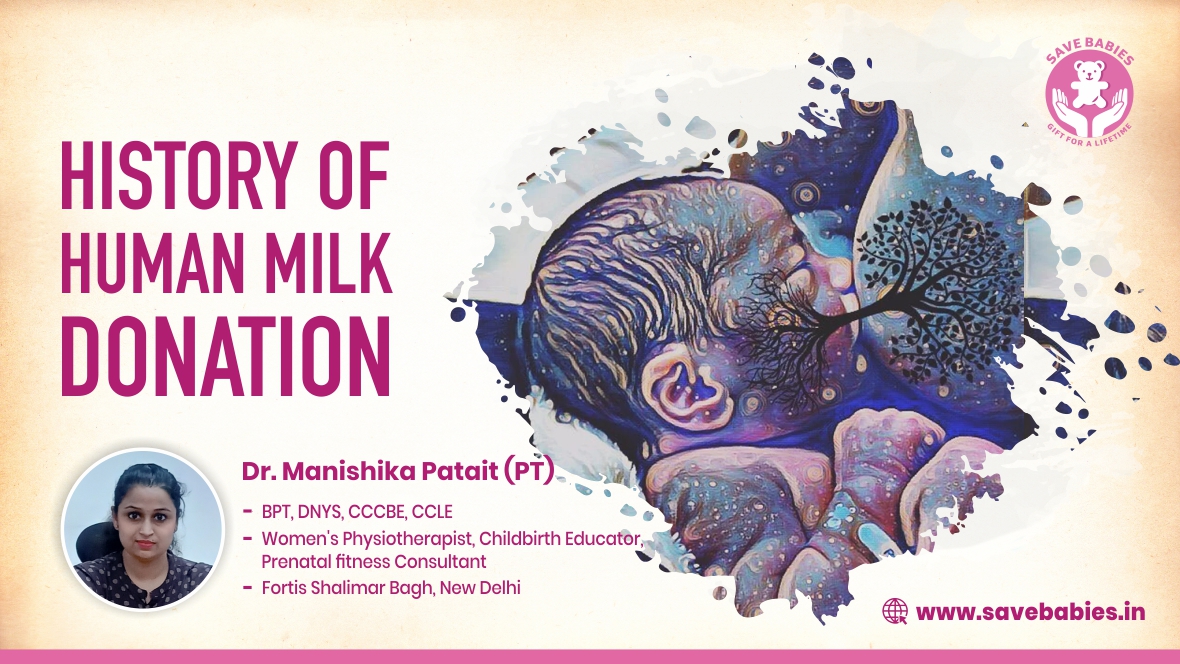 By adminPosted on August 5, 2022August 6, 2022Posted in NewsNo Comments on History of human milk banking

Breast milk is the best source of nutrition for infants. There is evidence that demonstrates the value of Breast milk by an ancient Indian Surgeon named Sushruta in his book Sushruta samhita. It mentions that “One cannot compare even the water of seven seas with mother’s milk, it provides optimum growth, nutrition and healthy life for the child”.

Unfortunately, there are situations where milk from the baby’s own mother is not available. To fill this gap the concept of donor breast milk comes into picture. Feeding infants with Donor human milk is a century- old – practice in India. According to Hindu Mythological anecdotes, Yashoda breastfed Lord Shri Krishna even though Devaki was his biological mother.

Donating breast milk can be traced back to the practice of wet nursing. Technically, wet nursing is when a baby is entirely fed by another woman who is not her biological mother. The first record of regulations regarding the sharing of breastmilk  and selection criteria for wet nurses are found in the Babylonian Code of Hammurabi (1800 BCE).

A human milk bank is a repository for breast milk. Mothers who have excess milk can express it and can donate that in the milk bank  which provides the service of selecting, collecting, screening, storing, and distributing donated human milk to meet the specific needs of individuals for whom human milk is prescribed by healthcare providers.

Pasteurized human milk/ Donor milk is prescribed in cases of:

The first human milk bank was founded in 1909 in Vienna, Austria, and shortly afterwards in Boston, United States of America. In 1980, the World Health Organization (WHO) and the United Nations Children’s Fund (UNICEF) released a joint statement supporting the use of human donor milk as the ﬁrst alternative if the biological mother was unable to breastfeed.

In Asia, the ﬁrst human milk bank was established in 1989 by Dr Armida Fernandez in Lokmanya Tilak Municipal Medical College and General Hospital, Mumbai, India. There are currently about 80 (2020) milk banks in India, which are still inadequate to meet the massive demand for donor human milk. Creating awareness about human milk donation can help us bridge this gap.

The concept of breastmilk donation has evolved over a period of time and has given breastfeeding mothers the opportunity to come forward and support this noble cause by providing optimal nutrition to babies in need thus helping to build a solid foundation for a healthier future generation.